Ski season must be around the corner...

These trailers are always a signal in that the ever-shortening, cool evenings of summer are finally bringing ski season. Mike Douglas and the Salomon Freeski TV crew have up'd their game once again with their season 9 trailer.

Plus some warm woolies from Icebreaker Merino! 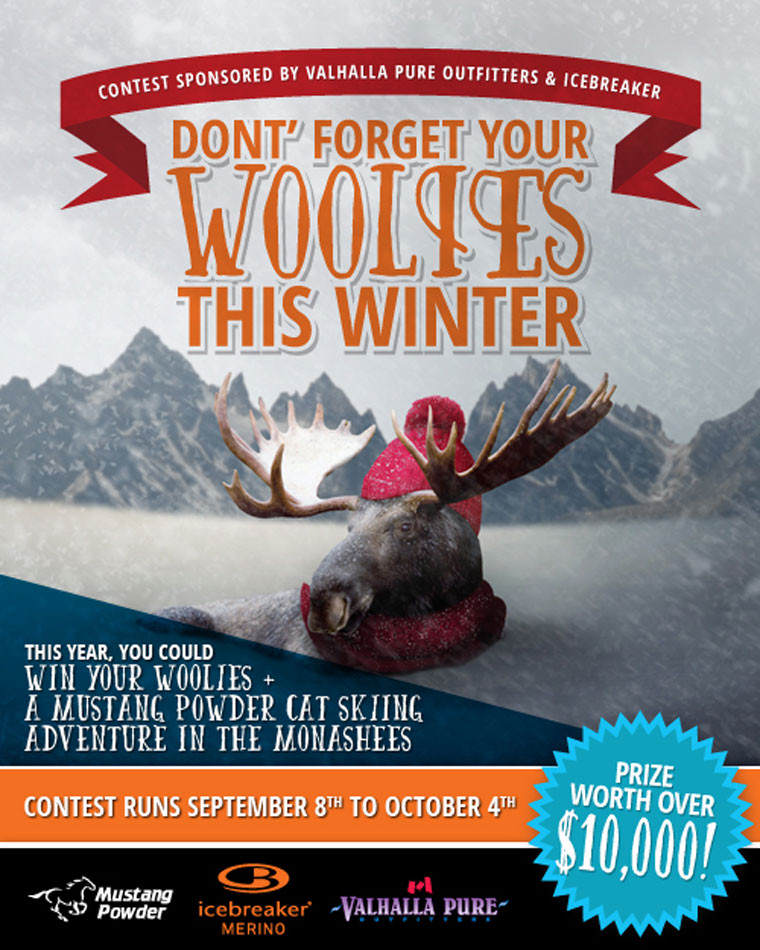 The winner will get to experience a 4-day cat skiing adventure for 2 in the Monashee Mountains with Mustang Powder and will also receive 2 Icebreaker Next-to-Skin layering kits.

For more info on Mustang powder, check it out here: www.mustangpowder.com

Get your entries in at: http://woolies.vpo.ca

You read the title right...

In the sometimes surreal world of high-octane action sports, there seems to be a continual upping of the ante. For sheer absurd entertainment value, there is little that compares to the newish sport of wing-suit flying. These slightly “off kilter” athletes jump out of a helicopter or off a cliff, fly with their specially designed wing-suits and engage a small parachute when close to a landing zone. With little room for error, these stuntmen have not only been pushing the boundaries, but annihilating them.

In April of 2015, Island Lake Catskiing invited some of the top wing- flyers in the world to come up for some post ski season fun. The 5 KAVU and GoPro Team athletes of Marshall Miller, Jesse Hall, Neil Amonson, Jeff Shapiro, Hartman Rector, came up and blew minds with their flying. After a few rounds the “flyers” became more comfortable and buzzed Papa Bear Peak, flying about 10 feet off the summit. Hartman Rector, whom has a reputation for pushing the envelope a little further, not only buzzed the big peak, but also did a cork screw (360 rotation) trick in mid flight – a truly impressive sight. Though on the surface these athletes seem a bit reckless and crazy, the fact is that everything they do is highly calculated and planned. Close proximity flying is premeditated and every detail thought through, as the consequences are high.

Watch for a full segment in the new Island Lake TV show next year.

This Trailer Should Get Your Heart Pumping!

Conquering the Useless by Cody Townsend and Team Thirteen

Maybe it is all the espresso I have had to get going on a Monday morning or maybe it is that this trailer is just that thrilling. I can't wait to see this film in its entirety this Fall. The steepness and gnarliness of this trailer really get s guy going! How long till winter?

Conquering the Useless comes out early October 2015 on itunes. Check here for all the details... 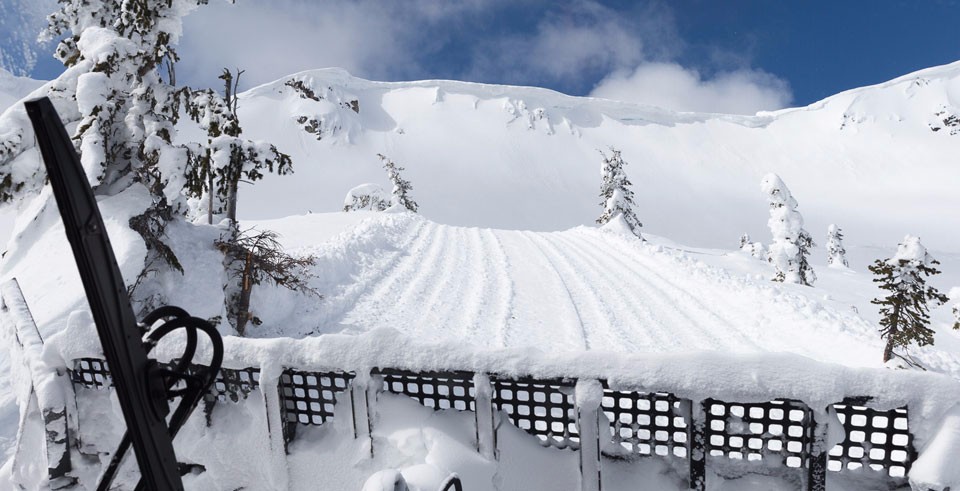 If you have experienced catskiing in seasons past, you will know that there are a few key things that make the day incredible. Of course powder and weather are a given. Awesome guiding is another. But one of the things that makes you get the most pow in a day is a well thought out road system. The folks at Valhalla Powdercats take this very seriously.

They have a road building team that is always looking for ways to get the most out of their terrain. Here is what they have to say about the upcoming season:

The most important is the new roads we are building in the Valhalla tenure- allowing us to have two different exit zone at the end of the day. Previously you all skied out Huckleberry - we can now ski out Lost Bowl which will be an astounding difference to the ski program, as well as open up some stupendous old growth north face skiing! We can all hardly wait to go in there and shred some pow!

We can hardly wait too! Word is that their bookings are filling up but there is still some room in January and March.

"Just give me snow and I'll be happy"

That pretty much sums it up. Enjoy the trailer for what looks like a great flick.

Skevik Skis has done it again. They have released a graphic for the 2015/2016 ski season that throws back to the days of Windows 95 with a killer representation of the PC game Ski Free. The all new Sheske graphic has captured this game in all its glory complete with the infamous Yeti.

We are big fans of Skevik Skis and are stoked to see these skis in real life.

If you need a refresher back to the 90's inspiration for these skis, check out this quick video: 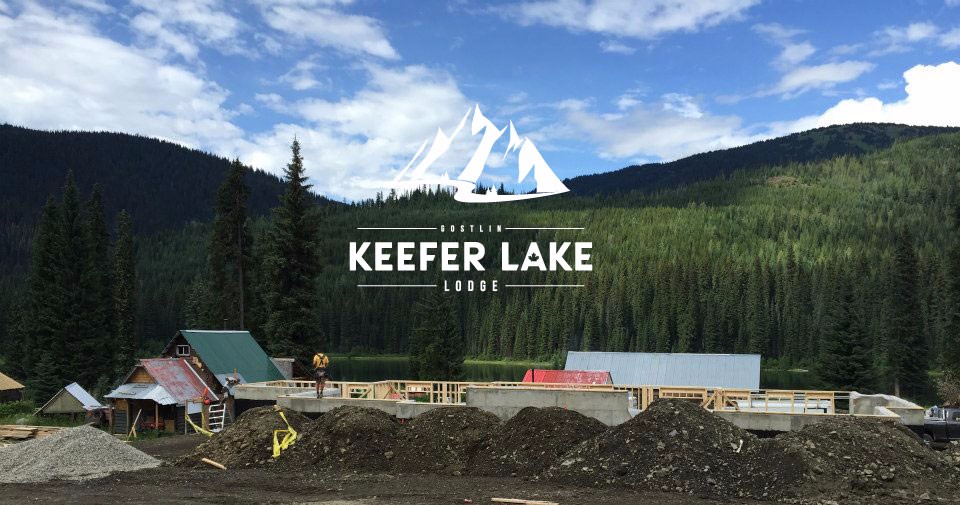 The terrain in the Monashee Mountains of British Columbia is begging to be skied every winter, and this year there is one more way to do that. Gostlin Keefer Lake Lodge, an hour west of Vernon, is BC's the newest Catskiing operation. They are working full tilt to get the new lodge up and running for this season, and we can't wait to get out there and try it out for ourselves.

The interior of BC, especially around the Okanagan Valley, has been growing in popularity with a number of new cat, heli, and backcountry ski operations over the past while. Proximity to the Kelowna International Airport (YLW) and it's many direct flights is a big part of that draw, making it easier than ever to get here. This avoids wasting days and money on transfers in from Vancouver, Calgary, or Spokane. Kelowna to Keefer Lake Lodge Catskiing is less then 2 two hours, and can easily add more ski days to your trip. That means more Pow, more turns, and more beer in the Lodge around the fireplace.

Give Jeff and the crew a call and see when you can get your own Monashee powder adventure at Keefer Lake Lodge Catskiing. Meow. 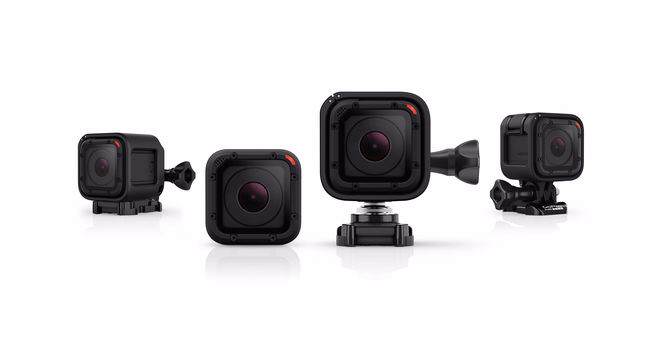