Nothing but raw, natural talent here...

Smash, crash, fail, bail, fall, tumble, biff, bang, boom, chew it, take a header, scorpion...whatever you call it these are the Chatter Creek Big Bail Awards! For the second year in a row Chatter Creek has compiled the greatest spills of the previous season and put them all together in this tell-all compilation. You can't hide from the camera these days and Chatter Creek is capitalizing on all the 'Kodak Courage' out there.

An enjoyable watch for sure, don't forget to vote in the YouTube comments.

Established in 1988 Island Lake Lodge is one of the pioneering catski operations in British Columbia. As a kid growing up in BC Island Lake was the place I wanted to experience. I was a huge Scot Schmidt fan complete with posters on my walls - from Island Lake of course. This short film is a compilation from footage shot over the past quarter century showing the world what makes Island Lake Lodge such a magnificent place.

Not often to you get to learn about how a place started and evolved to what it is today. Island Lake caught the attention of world-class skiers and snowboarders from very early on. So much so that they invested in the place when the opportunity came about to purchase the land. They have preserved the soul of Island Lake while growing it to attract more people each year. This even includes a full summer mountain experience.

The snow at Island Lake needs little mention once you have seen this video. They have some deep powder up there in the Lizard Range. "Duck Fluff" according to Schmidt! There are some turns in there that make we want to pack the truck and find snow right now!

Enjoy this video. It is a little longer at 22 minutes but well worth your time. After watching, do yourself a favour: call your best ski friends and put together a trip. Become part of the history of Island Lake this season.

For more on Island Lake Catskiing...

Check out this gret teaser from TGR's Way of Life

Last season on our trip to Selkirk Wilderness we were joined by a crew from Teton Gravity Research. They hit the conditions perfectly (as film companies seem to do!) and the result is epic. This 1-minute little teaser is a window into what it was like those few days at SWS. The snow seemed to just keep coming that week. I hope this video gives you a sense of what life is like up at SWS. It is an authentic experience where the hospitality matches the unparallelled terrain and powder.

Check the tour schedule for Way of Life playing in your area.

Travel gets easier between the Okanagan and Kootenay Catskiing!

There was an exciting news announcement today from Pacific Coastal Airlines. Starting November 18th, 2013 they will begin service between Kelowna BC and Crandbrook BC. Kelowna is in the middle of BC's interior with an International Airport and Cranbrook is at the gateway to some of the best catskiing in the world. Catskiers from all over the globe will now have easier access to the powder goods thanks to Pacific Coastal Airlines. No more rental car hassles and braving winter roads, just book a quick connecting flight and you will be waist deep in the Kootenay pow in no time! 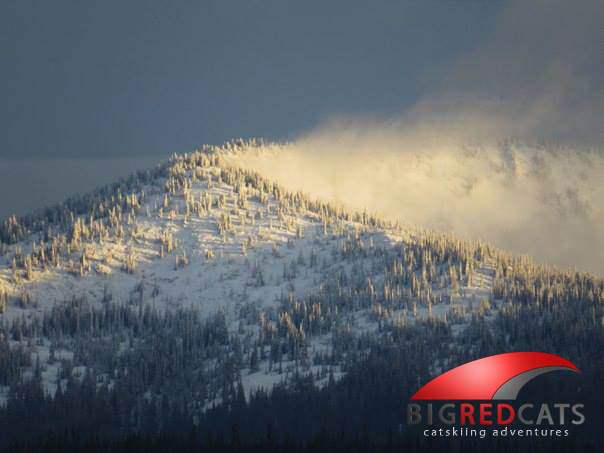 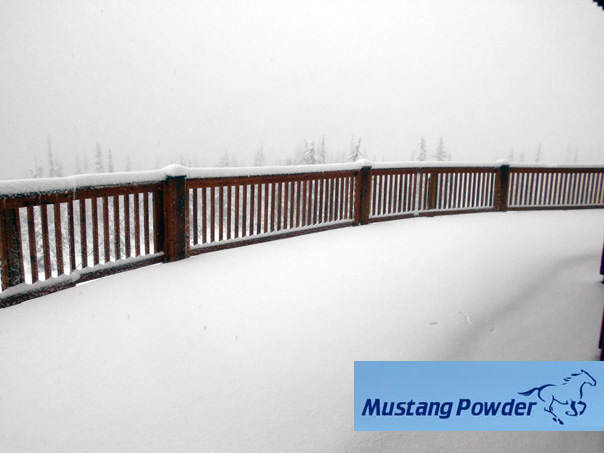 Photos and posts have been flying around the web about the September Super Storms hitting BC and Washington State. We have some evidence from Big Red Cats and Mustang Powder. These pictures are not of just a Fall dusting of snow, these are significant amounts of the white fluff! It is pics like these that make working really difficult! All we want to do is sit and watch ski movie trailers and talk about our upcoming trips this year.

Here's to a great start!

Into the Mind Trailer 2

WHAT!? You are going to want to watch this.

The World Premier of Into the Mind happened this weekend in Whistler BC to rave reviews. Sherpas Cinemas have really moved the bar for ski movie production and if this second trailer is any indication, they have move that bar just a little higher again this season.

We were up at Selkirk Wilderness this past season while they were filming there and at Stellar Heli Skiing. The powder conditions were deep and light and from what we saw of their filming it will be nuts! Also, who hasn't heard of Julian Carr's massive front up at Whilster on that sun-filled powder day. As soon as he hit it my phone was ringing from buddies who saw the whole thing play out.

We are super stoked to see this film. Check out the Sherpas site for tour dates.

Catskiing.ca at the Whistler Cabin Fever Out of Bounds Festival

We have 4 images in the gallery for your voting pleasure. 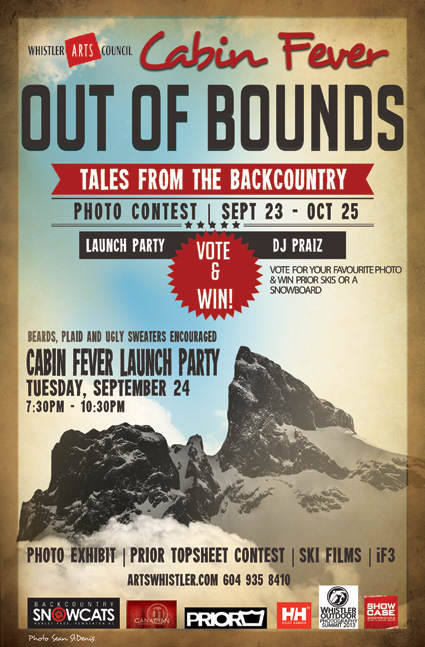 Catskiing.ca and our resident photographer Geoff Holman have been selected for the Whistler Arts Council Tales from the Backcountry show. We are stoked to have 4 images representing some of the best powder catskiing in the world. If you are in the Whistler area between September 23rd and October 25th, be sure to stop in a vote for your favorite (hopefully that is Geoff!)

Just for voting you could win a brand spankin' new set of handmade skis or snowboard from Prior!

The images chosen are from some stormy deep pow days at Selkirk Wilderness Skiing and Valhalla Powdercats.

For more info on the show: Whistler Arts Council Out of Bounds: Tales from the Backcountry

Using BC Powder to get the East Stoked! 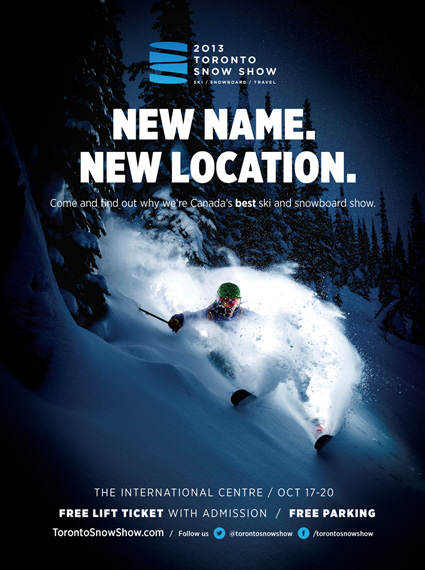 We just got the word that the marketing execs at the Toronto Snow Show have chosen to use one of our images as their feature branding for the 2013 event! We are very excited that they reached out to us to use some of our unique powder imagery to re-brand their show.

The shot they chose is a very dramatic strobe shot taken in the deep pow at Valhalla Powdercats near Nelson BC. Our friend Sean Mirus from Schwietzer Mountain in Idaho is the skier in the shot our very own photographer Geoff Holman is behind the lens.

Thanks Toronto Snow Show. We hope to ski some lines with some easterners this season!

For more info on the show: 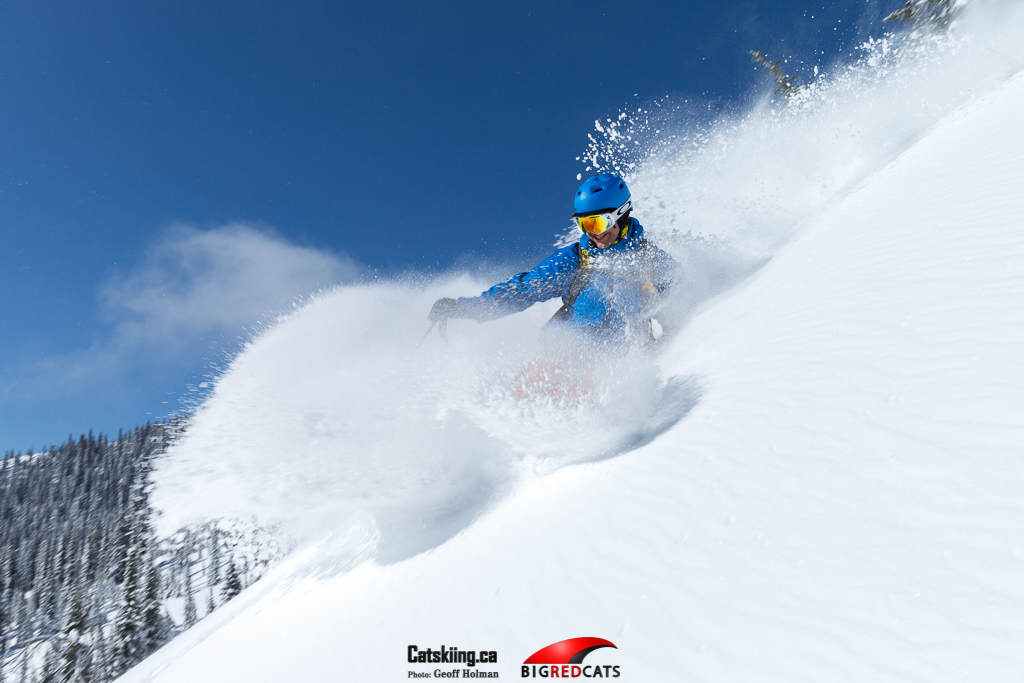