Part of the Weekend Never Dies...

Big Red Catskiing has a perfect blend of glade skiing that can accommodate all levels of skiers from Intermediate to Advanced. No major cliffs to huck yourself off of, but some beautiful slopes, trees, drifts, and features that make it all worth it. Each run is about 1500 vertical feet which makes for no wait times with the cat. That Saturday we managed to get eight or nine runs in. Perfect. 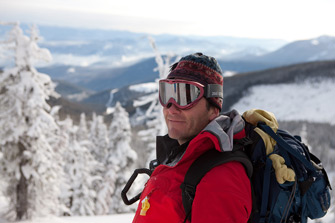 Kieren Gaul Big Red Cats
Christmas was over, but we had something to keep the feeling going. Kieren and Paula Gaul of Big Red Catskiing in Rossland BC sent an email our way letting us know that there was some space available in a Cat for the first weekend of January. It was on. We had been recently kitted out by our friends at Orage Clothing and received some crazy new skis from K2. We were missing one thing however....Bindings!

This trip began as many others do. A trip to the grocery store to stock up on the essential meats and cheeses, the beer store for the essential, well, beer and to the service station to top the car up with fuel. There was one other thing that we had to do and that was find four pairs of bindings and mount them! Thankfully Owen Taylor at Fresh Air Experience in Kelowna BC came through for us. He had four sets of Rossignol Scratch bindings with the super wide brakes we needed. A couple hours later smelling like hot wax and with hopes of powder in our dreams we were off. 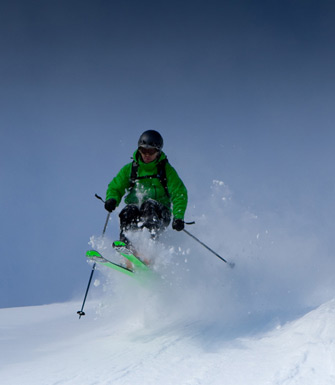 Adam Popping Off at Big Red Cats
Driving to Rossland along the BC Boundary country is always a time to gain some perspective on things. You can feel life slowing down to a pace that makes you realize that you had been moving too fast in the first place. Anyone who has spent anytime in the Kootenays knows what I am talking about. We arrived at the Red Shutter in at around 10pm that night to two guests who had clearly skied to their limit that day.

As it turns out, the one skier from White Rock on the BC coast had a life changing experience in the backcountry those last couple of days and was eager to spread his gospel to anyone who would listen. Your first time catskiing will do that to you. I think that this young gent was Facebooking everyone he knew telling them to get outta Dodge and get to Rossland. The next morning we found him asleep face first into the sofa with drool seeping into is laptop. Ahhh first timers....

He had reason to be in his state of euphoria. Even though it was early season in the catskiing world, we arrived to about 20cms of fresh snow and (you won't believe me) sunshine. The avalanche situation was a little higher than usual, but we felt at ease with the Big Red Cats crew. They apologized that we had to ski trees all day. We forgave them and got on with what became and epic day of skiing. I mean come on, powder and sunshine. 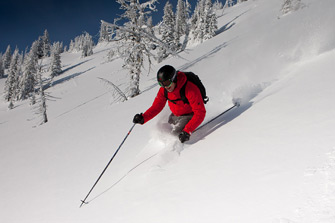 Todd Practicing His Smile
Big Red Catskiing has a perfect blend of glade skiing that can accommodate all levels of skiers from Intermediate to Advanced. No major cliffs to huck yourself off of, but some beautiful slopes, trees, drifts, and features that make it all worth it. Each run is about 1500 vertical feet which makes for no wait times with the cat. That Saturday we managed to get eight or nine runs in. Perfect.

At the end of the day we were loading up getting ready to head back into Rossland for some food when Kieren suggested that the next day would be a little slower paced with not much new snow and that if we wanted to come back some other time that would be fine. We made the decision to come the next day anyways and we are glad we did. 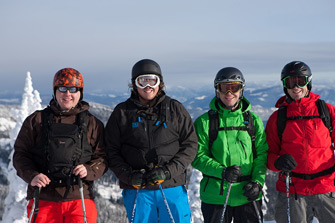 Geoff, John, Adam, and Todd from Catskiing.ca
Sunday morning we awoke to about 5cms and snow which ended up being another 20cms give or take up in the Big Red Cats terrain. We had a full cat that day as well. A fantastic mix of guests from Canada, the United States, the UK, and Germany. Yes, it was a more intermediate group, but who cares. I have learned over the years that skiing is much more than ripping as hard as you can and more about the people and the culture. Needless to say, we had just as much fun as the fast day before. Of course there was more snow, so, you know, that is good too.
If I could speak for the rest of the guests that day I would say that it was life changing for them too. To give you an idea of how addicting untracked powder skiing can be, we had an American skiing with us from Boston. When I asked him if he was in BC touring around, he blew me away when he said he was here for the day just to catski with Big Red Cats. He went on to explain that him and a group of buddies from the US go on a trip every year and that his friends are getting old and skipped out this year. He happened to be in Spokane on business which is a lonely three hour drive away and couldn't pass up skiing up in Canada. This is the kind of dedication I want to have when I grow up.

So two amazing days to kick off the 2009 Catskiing season which we thank Big Red Cats for. Some people say that we are made up of the people me meet and the experiences we go through. If this is true that this weekend will be with us for a long time. But here is the kicker - We decided to go home Sunday night just as it started to snow.

We heard rumors of 20cms, 50cms, big storm, huge weather moving in, and all the hype that goes along with rumors like this. Well, it hit and hit hard. By the time we were half way home we couldn't see the road. I had half a mind to turn back. And we should have. Rossland woke up to 50cms the next morning. That's right, 50. 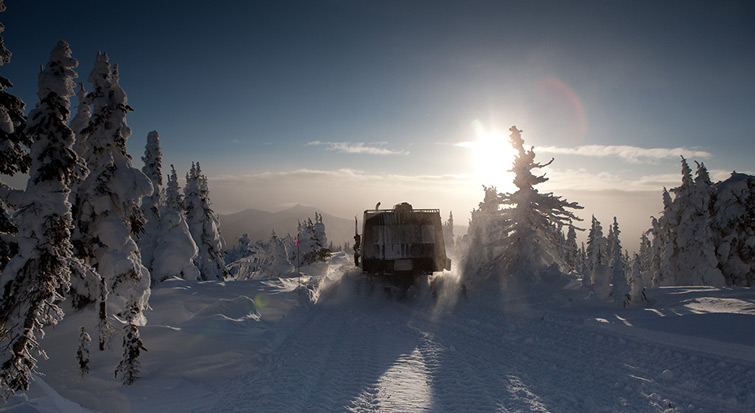