Pre-Season Special - Book a Full Cat for just $199 a person! 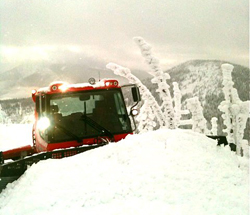 Big Red Cats in Rossland BC has the snow! They have been hard at work building roads so all they need is 48 hours notice, and we can round up the team and get you and your friends out skiing and riding!

Here are the deals leading up to the season:

Continue Reading to check out a video of Richard the Cat Driver building the road to the top of 3rd bowl. Lookin' Sweet!

Snow is piling up at Selkirk Wilderness Skiing

Snow snow and more snow this season is looking good

A little update from Selkirk Wilderness Skiing.  I think it has something to do with snow.

First Tracks of the season!

Kieren and Seb from Big Red Catskiing in Rossland BC called us to let us know they were out 'testing' the snow conditions. The reports look pretty awesome. Stay tuned to Catskiing.ca for updates as the season approaches.

We Have a Winner!

Announcing the winner of the Great Catskiing Giveaway Contest

After months of preperation we have announced a winner to our first ever Great Catskiing Gievaway! Jeremy Honchell of Calgary Alberta has won a 2-Day catskiing trip for two. He and a very lucky friend will now get to choose from one of our participating cat skiing operators and enjoy 2 days of powder-filled awesomeness. But wait, there's more... Jeremy and his guest will also be packing their gear in new BCA Stash Packs, staying warm and comfortable with some Icebreaker merino wool underwear and sporting some stylin' trucker hats from BCA.

We would like to thank everyone for entering our contest. This will not be the last chance to win some sweet prizes from Catskiing.ca. Be sure to join our Facebook page and follow us on Twitter to stay in the know.

New snow and chainsaws, what more could you want!

The Crew at Selkirk Wilderness Skiing dropped us a note to tell us what has been going on up in Meadow Creek.  As you can see in this picture from last week, the snow is falling and starting to build up.  They also had their glading crew out working to clear runs this fall so you can get the most out of you time skiing at SWS. 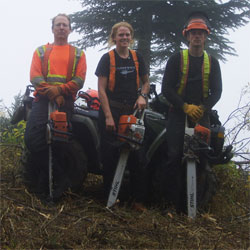 "Selkirk Wilderness has been committed to its glading program since the mid 80’s and it is one of the reasons that the lines back to the lodge are so epic. Along with the forecasted “La Nina” snowfalls, all aspects of the mountain should be in great shape early in the season. Our saw crew has just finished four weeks improving the runs on Meadow Mountain.  Most of the brushing and glading work was done on the front side of the mountain this year, from the A-frame down to the lodge. The work done spacing the trees to the perfect distance will make the journey home even more fun: returning guests will notice wider, cleaner lines on Lower Rolling Thunder, Brummit’s Gully, No Name, and Home Run. See you when the snow is deep!"

Everything you need for a powder filled weekend, in a return trip package out of Calgary, only 10 spots left 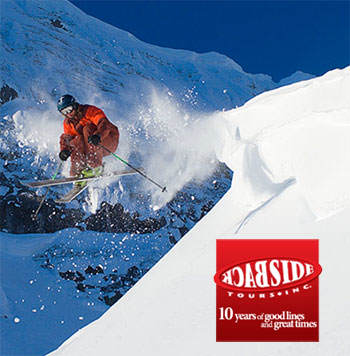 Backside Tours is a company that provides tour packages for skiing, surfing, golf, and more.  This winter they are planning a catskiing trip to the legendary Island Lake Lodge.

As of November 1 they only had 10 spots remaining!  You will have an awesome time as you float down the eastern slopes of the Lizard range in the majestic Rocky Mountains with Island Lake Lodge catskiing.....

Snow is piling up at Mustang Powder

More reasons to book your catskiing trip there this year 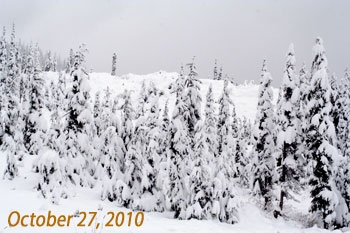 Mustang Powder is an amazing multi-day lodge operation located just outside of Revelstoke, BC.  The snow is starting to pile up in the mountains, and that gets us pumped for the upcoming season.  We just received this great update from Rob at Mustang Powder, and wanted to share it with you.

After another busy summer and fall at the lodge, the snow has started to fall.  These pictures were taken last week and with 50 cm’s already on the ground and more in the forecast, we’re starting to get very excited for the upcoming season.

We’ve once again added new terrain for the upcoming season, this time pushing south into a new zone called ‘Broadway’.  Here you’ll find open east aspect runs along with some gladed southerly tree shots.  There are also some steep chutes that will entertain the stronger skiers when stability allows us access to them....

The 2011 Powder Skis are on the Shelves!

We dropped into Fresh Air Concept and look what we found...


We dropped into Fresh Air Concept in Kelowna BC in hopes that some of their new gear was in...and it was! Here is a quick video showing the 2011 K2 Obsethed and the 2011 Rossignol S7. We treid both of these skis out last season and were impressed. The Rossignol S7 was included in our 2011 Powder Ski test so you can check that out here. We are long time fans of the K2 Obsethed and recommend you contact the fine people at Fresh Air for assitance in finding your next pair of powder skis this season!

Long live the ski bum, and his beater car companion 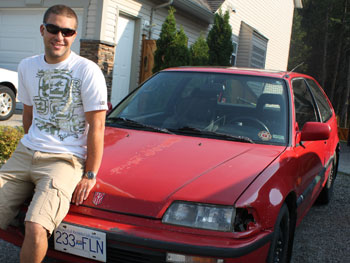 There a some things in life you choose to buy, and some things that choose you. I chose to buy my Kia Sedona minivan because it was practical, but the 1990 Honda civic chose me.

I am a 29 year old father of 4, a loving husband, a die hard skier, and I drive a minivan. My friends are fine with most of those things, but I do seem to take a lot of flak for driving a minivan. It just happens to be the only vehicle in my life that I have purchased new was the minivan. My wife drives it most of the time, and nothing beats it for hauling around the family and assorted gear, (I know you closet minivan drivers are in agreement, the rest of you just keep reading). Even though cramming 4 or 5 skiers and all their gear in a car is not nearly as comfortable as riding in the van, I have still yet to convince any of the skiing crew to take it on a road trip. They did agree to take it to an out of town concert because there were 5 of us, but they put paper bags, literally, on their heads as we drove away.